Blood, Sweat & Tools is a Canadian television series broadcast on Discovery Channel, where five inept “handy-couples” compete for a $50,000 cash prize at a renovation “boot camp” in Ontario’s cottage country.

Blood, Sweat & Tools Interactive is a digital ecosystem by Jam3 that is acting as a gateway to the BS&T TV world. In close cooperation with other developers at Jam3, my focus was on building Game Dashboard. Optimized for desktop, tablet and mobile, Game Dashboard was built with VueJS and connected to the rest of BS&T Interactive ecosystem after. 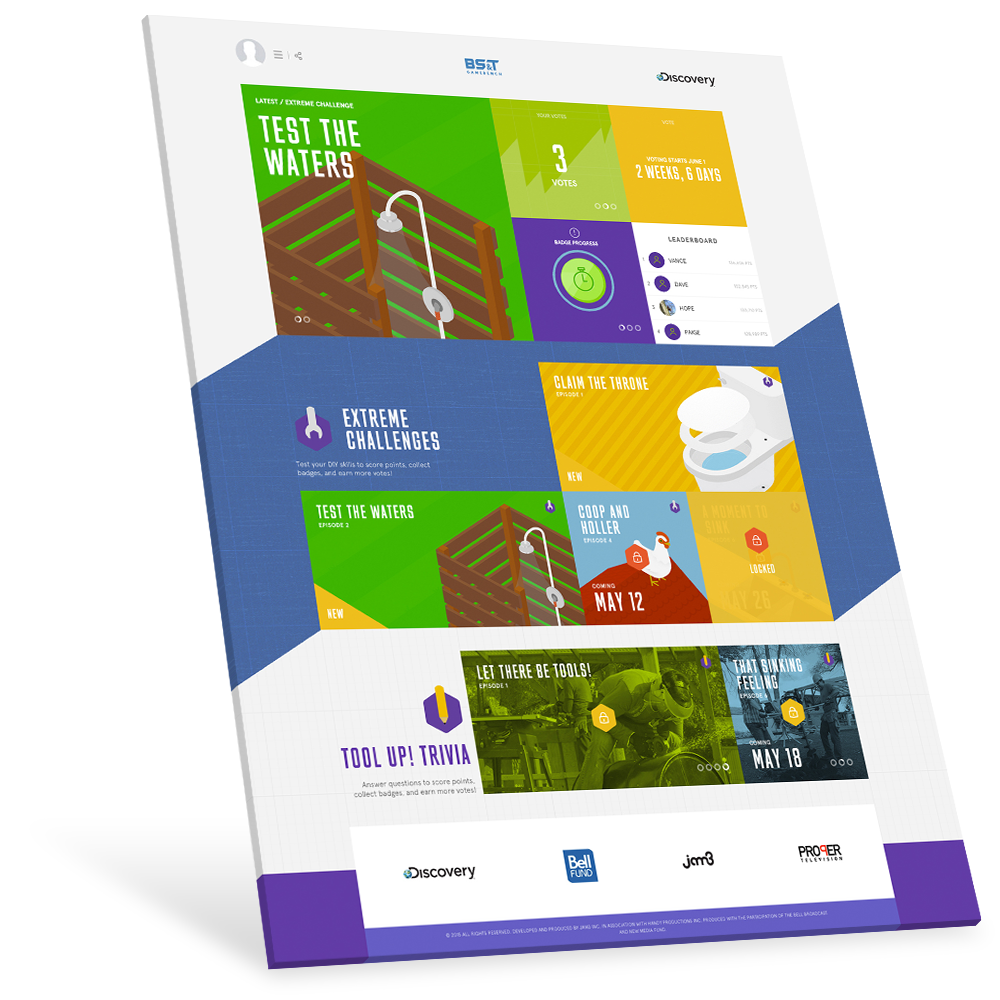 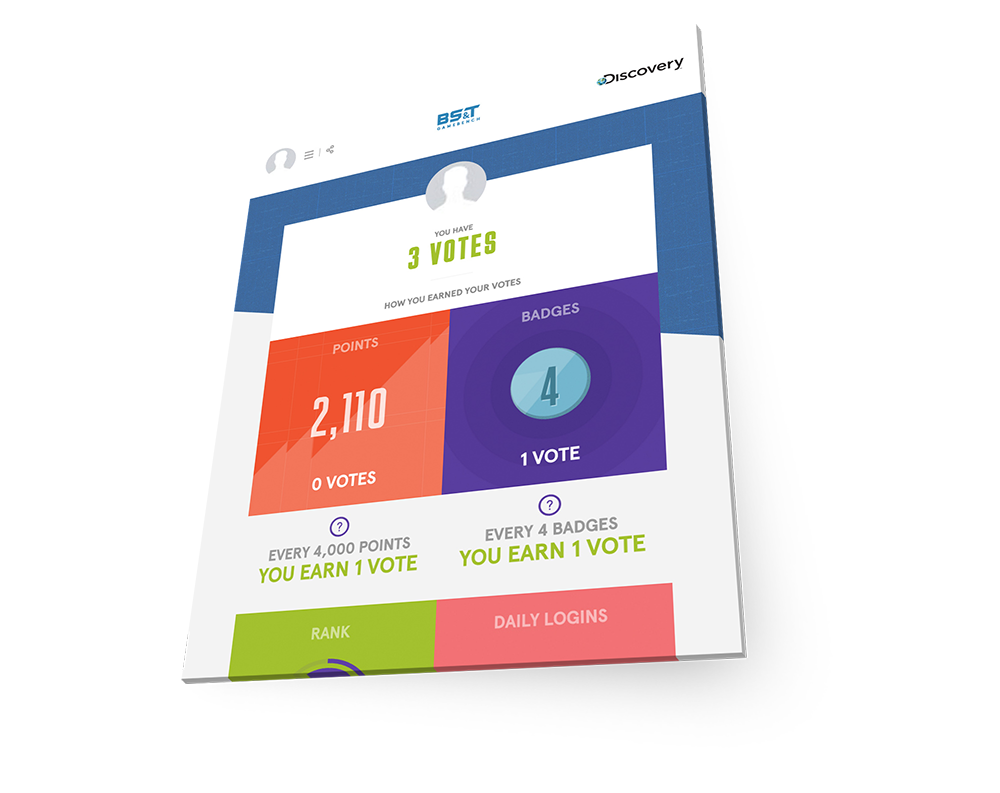 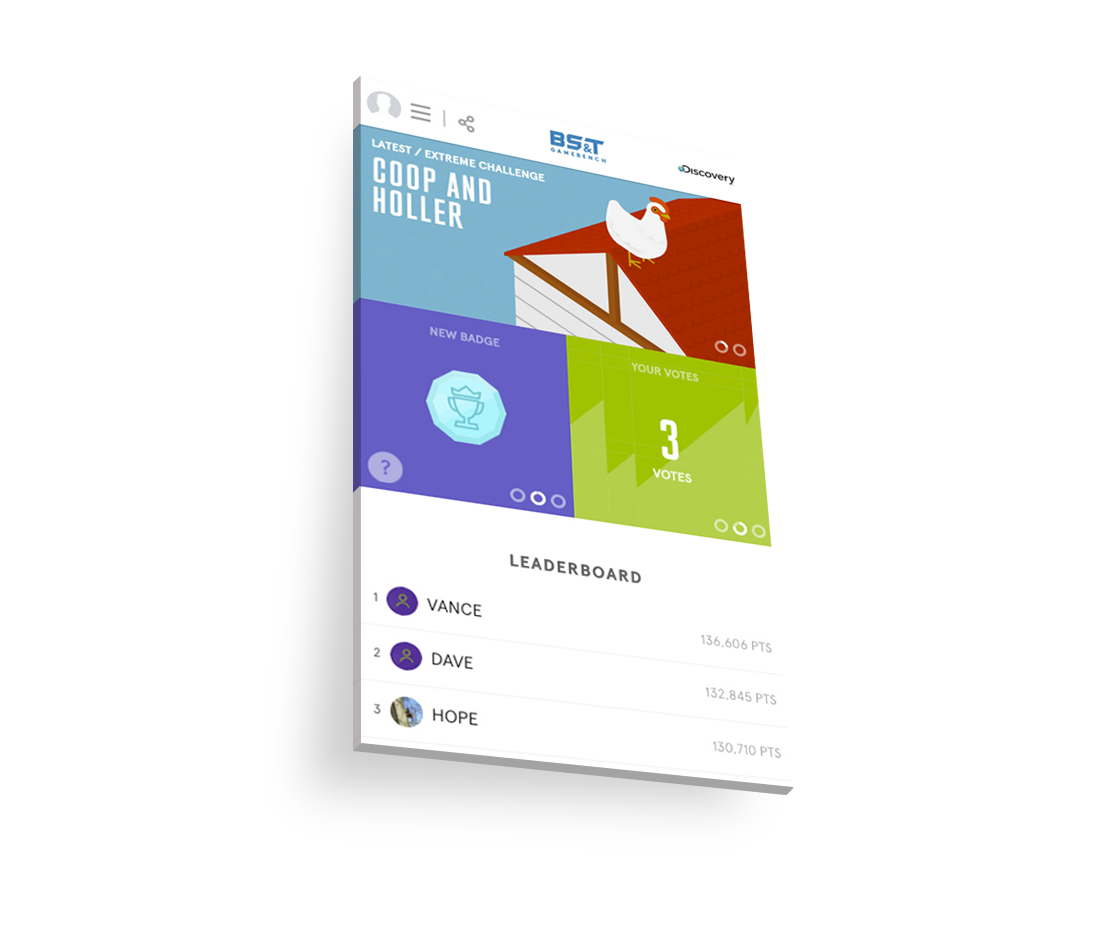 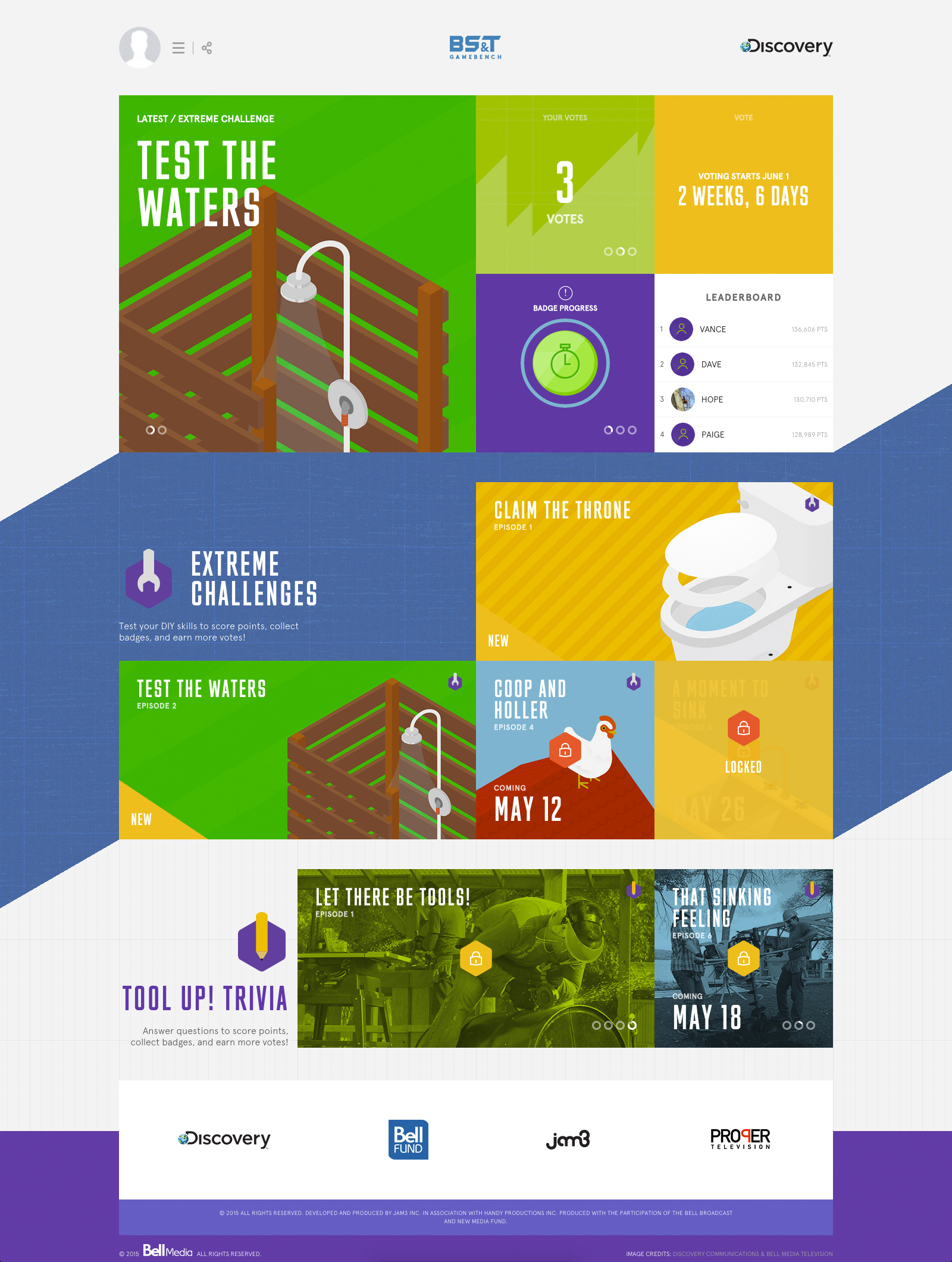 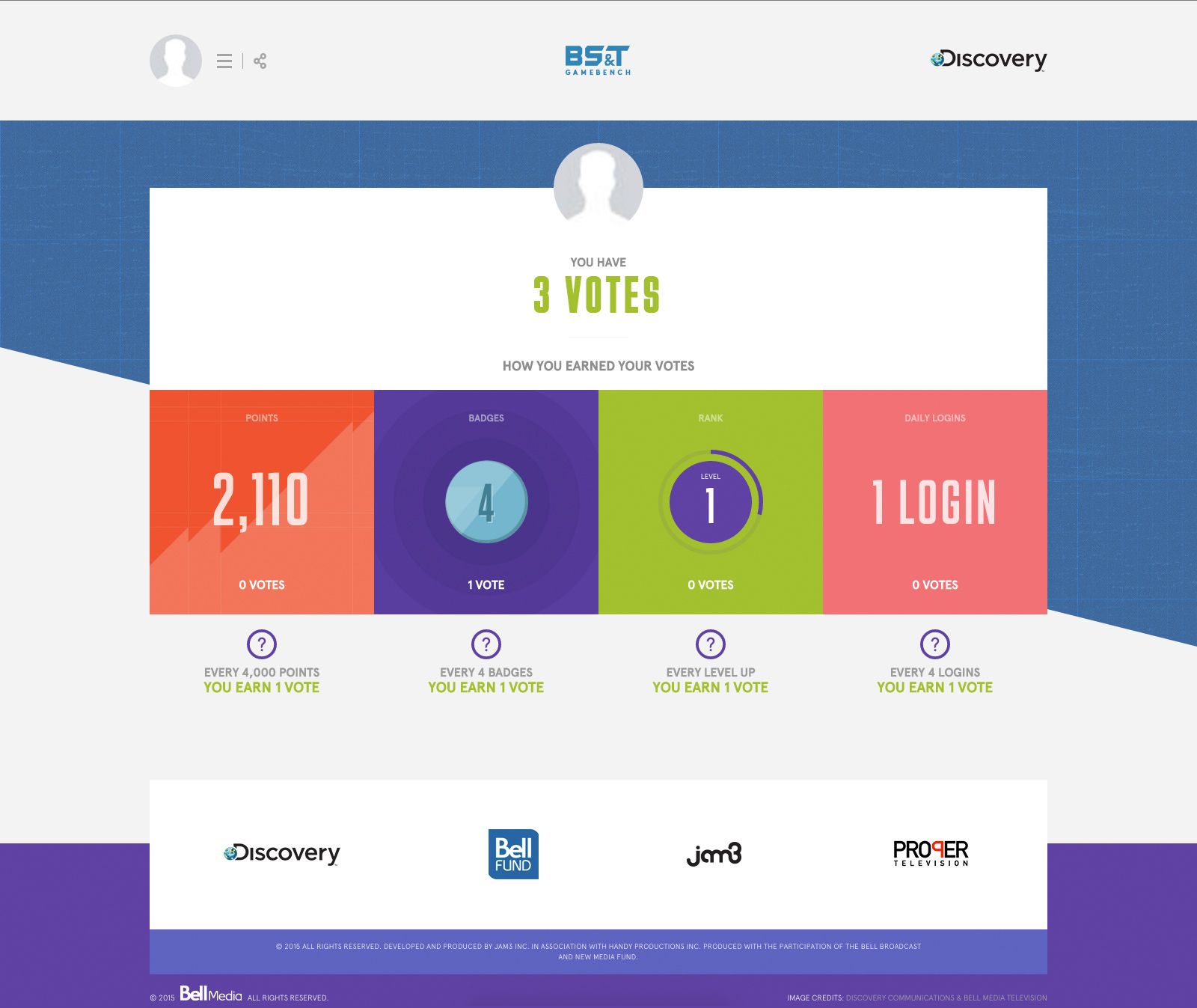 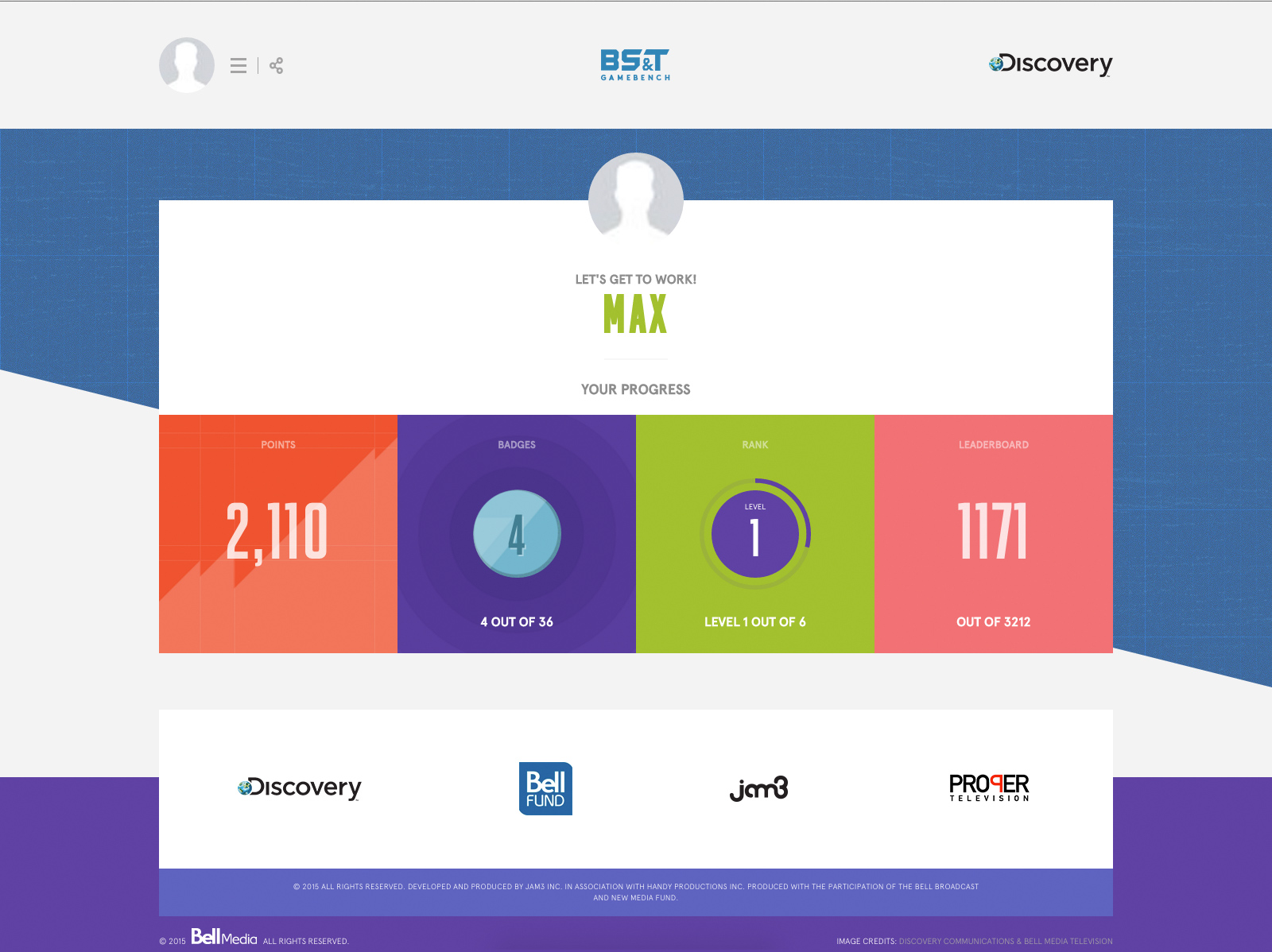 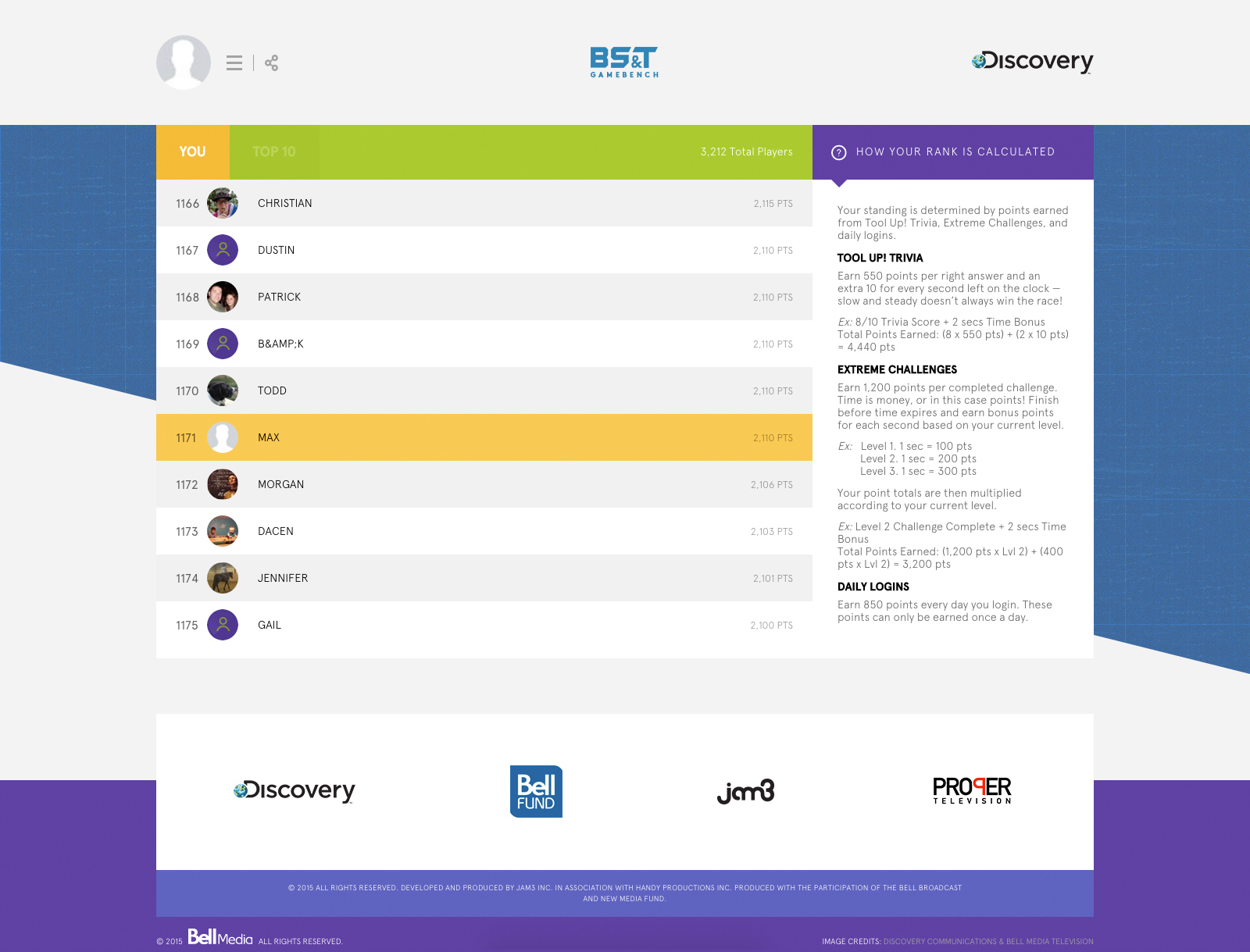 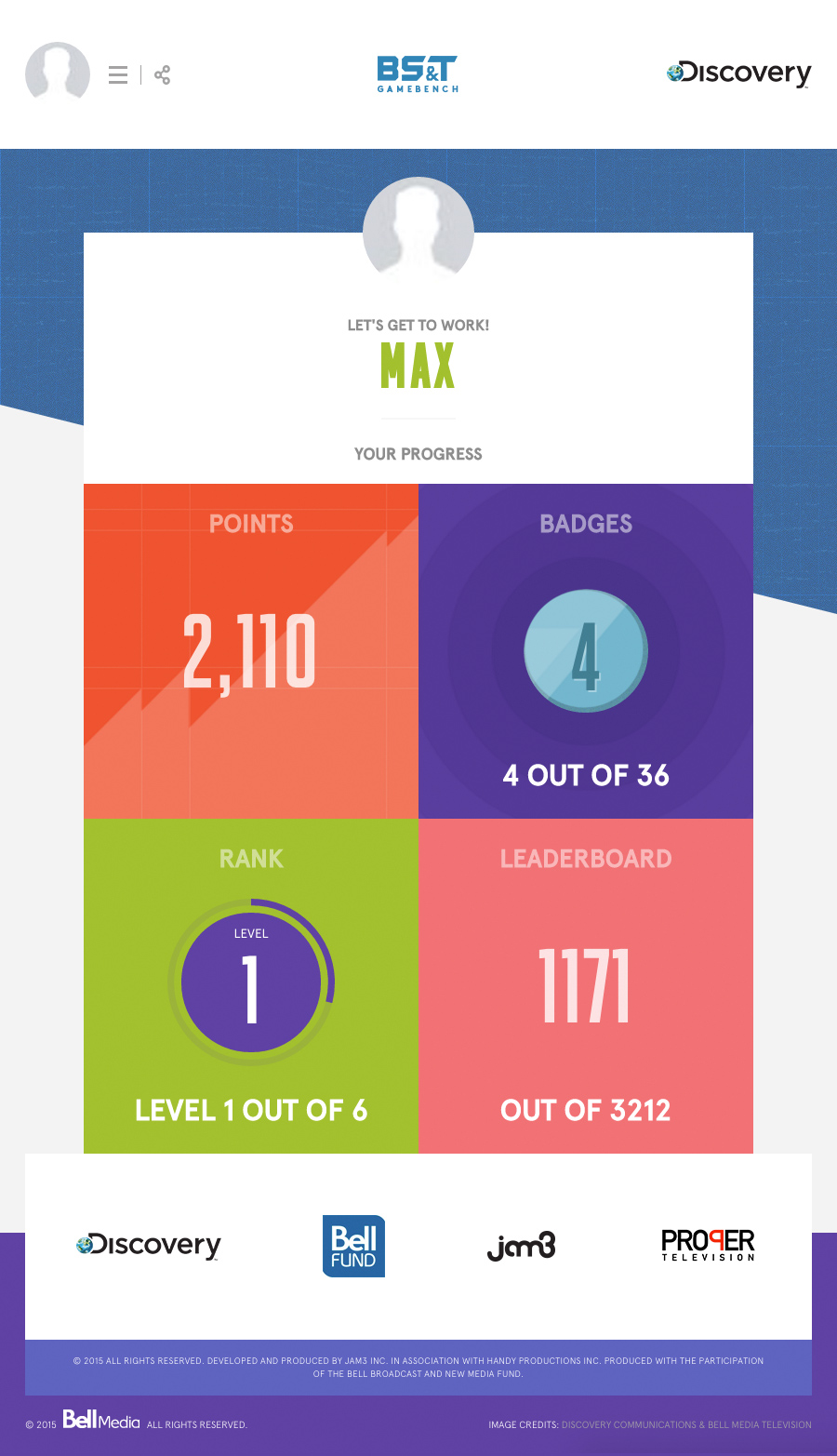 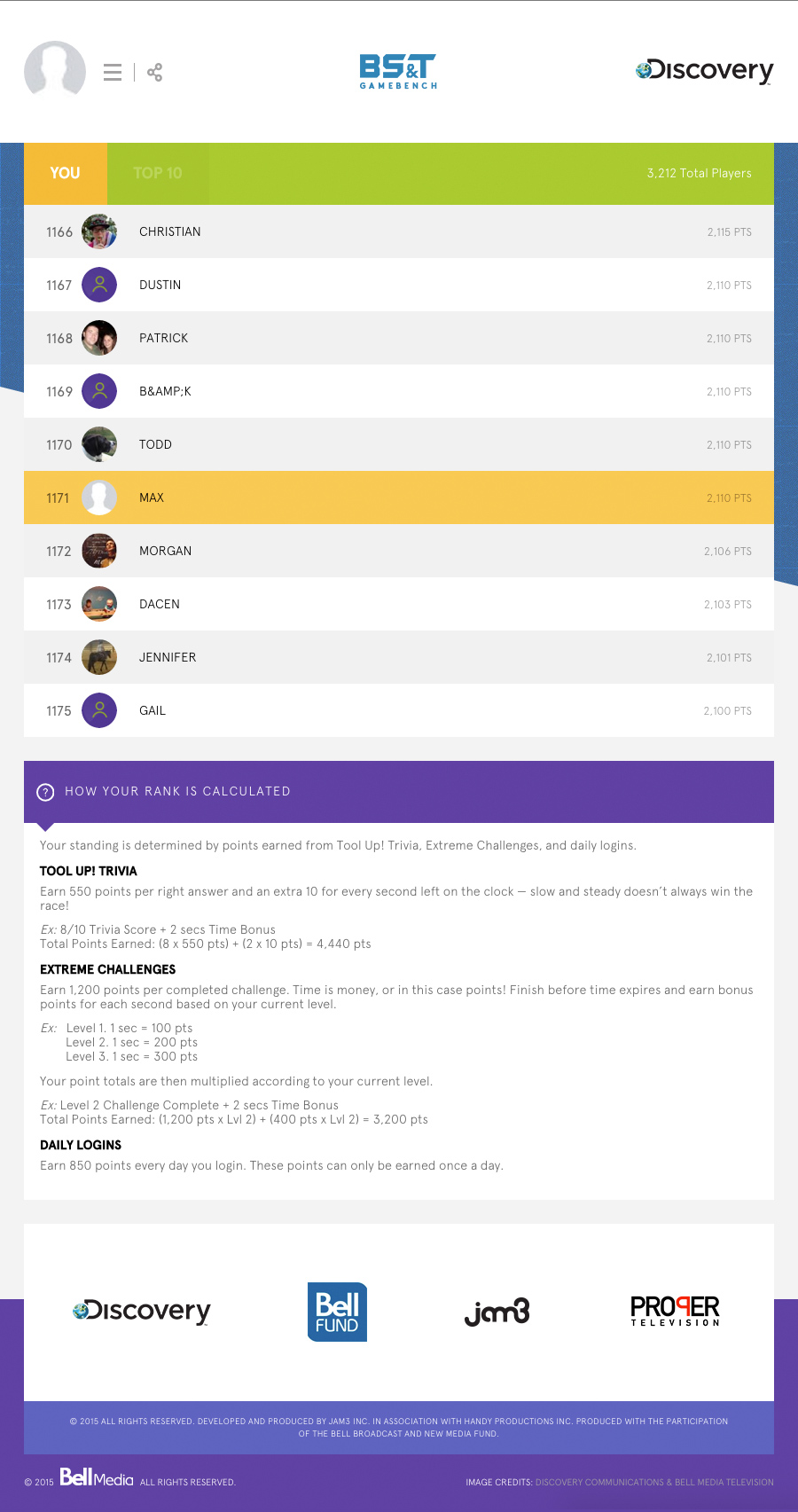