The biggest sport event in North America is annual championship game of the NFL, called Super Bawl. AdBlitz is a YouTube channel and separate website where fans can view and vote for their favourite Super Bawl related ads.

This project was another great chance to work closely with Jam3 team. Between few developers we completed separate parts of YouTube channel web app, connecting it all together later on. My responsibility was connected through the official APIs social feed, which included Facebook, Twitter, Google Plus and Instagram posts. 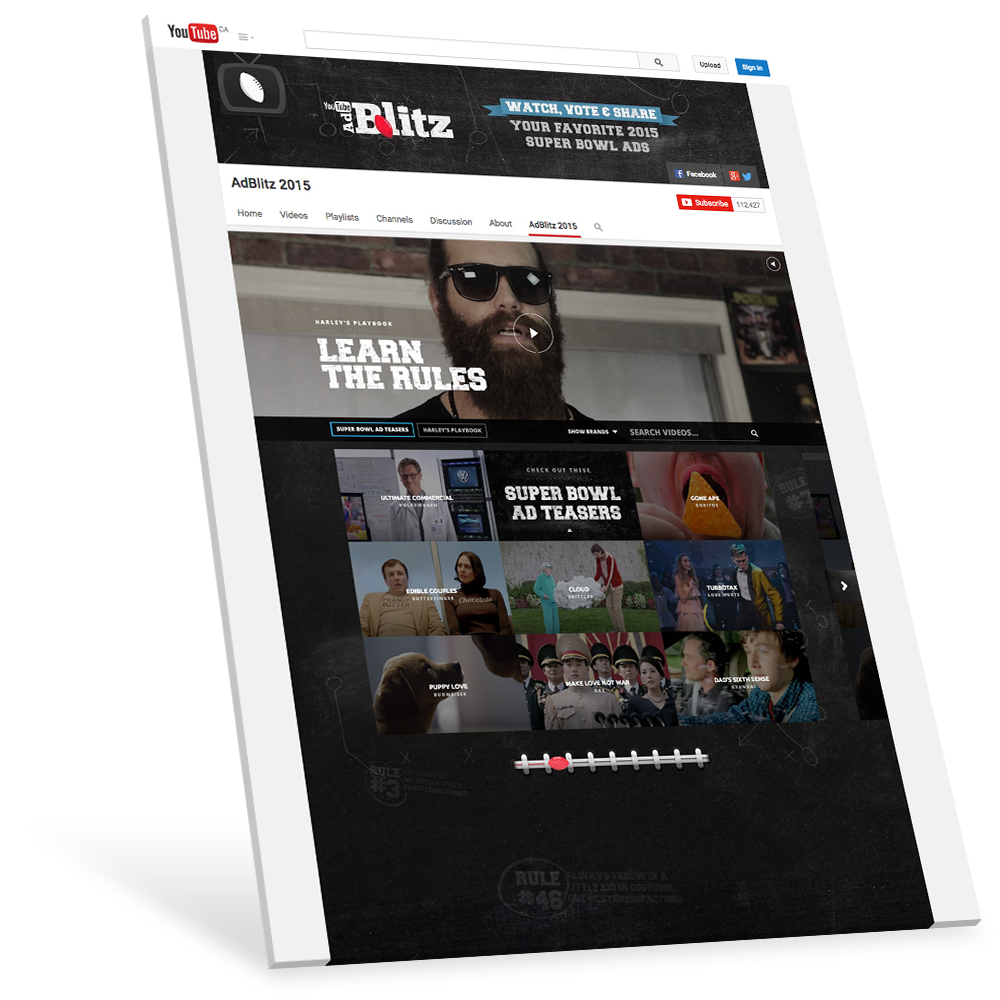 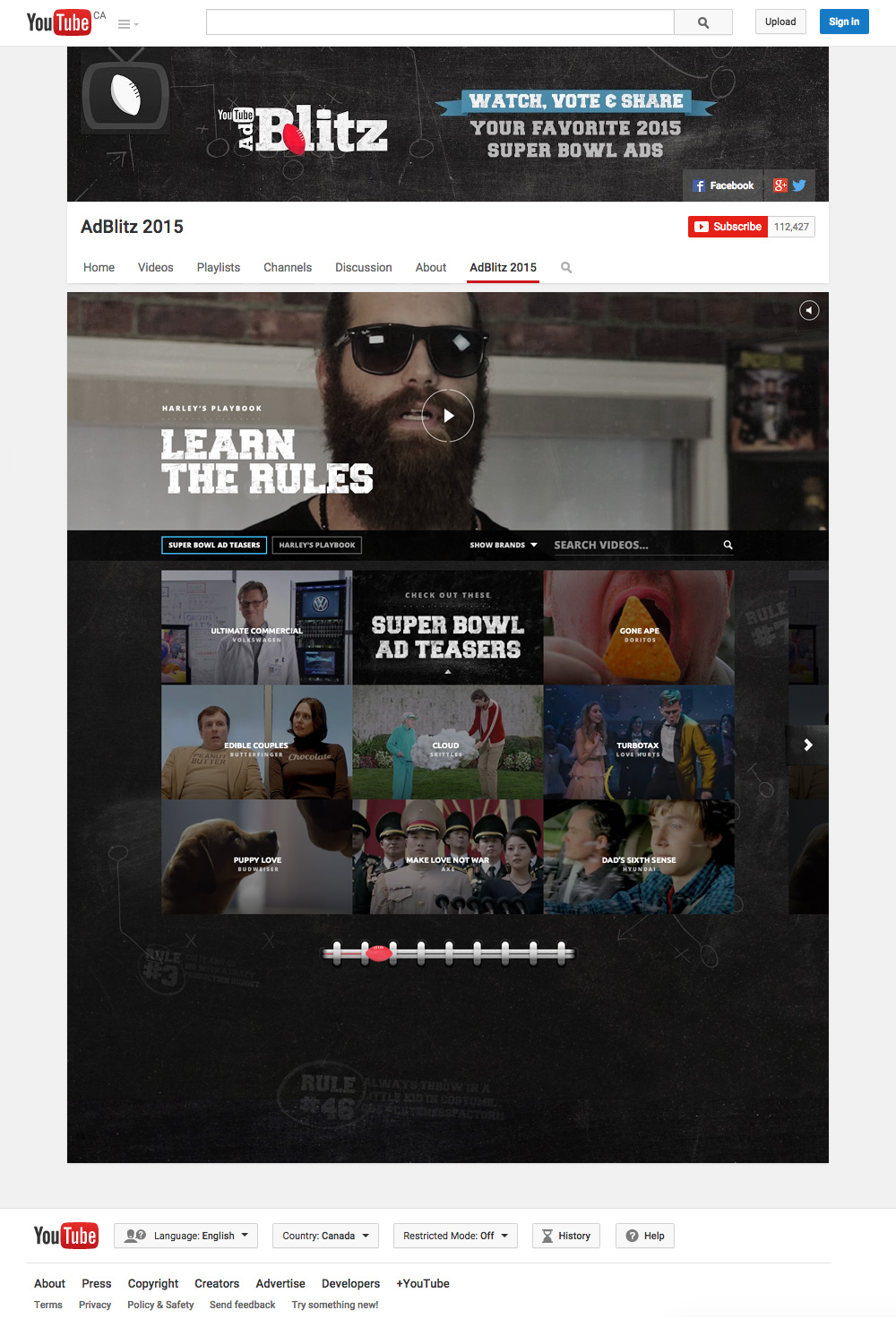 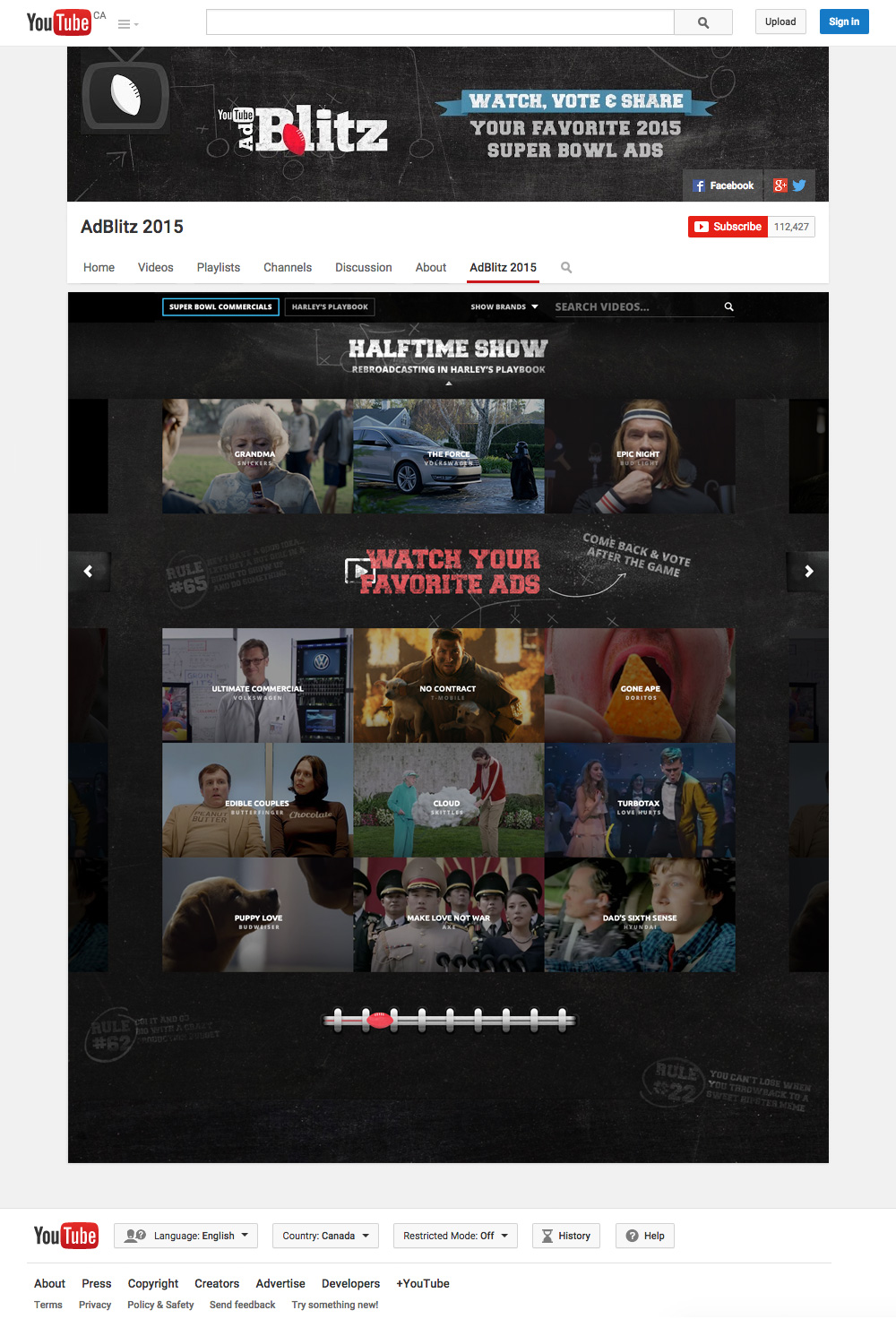 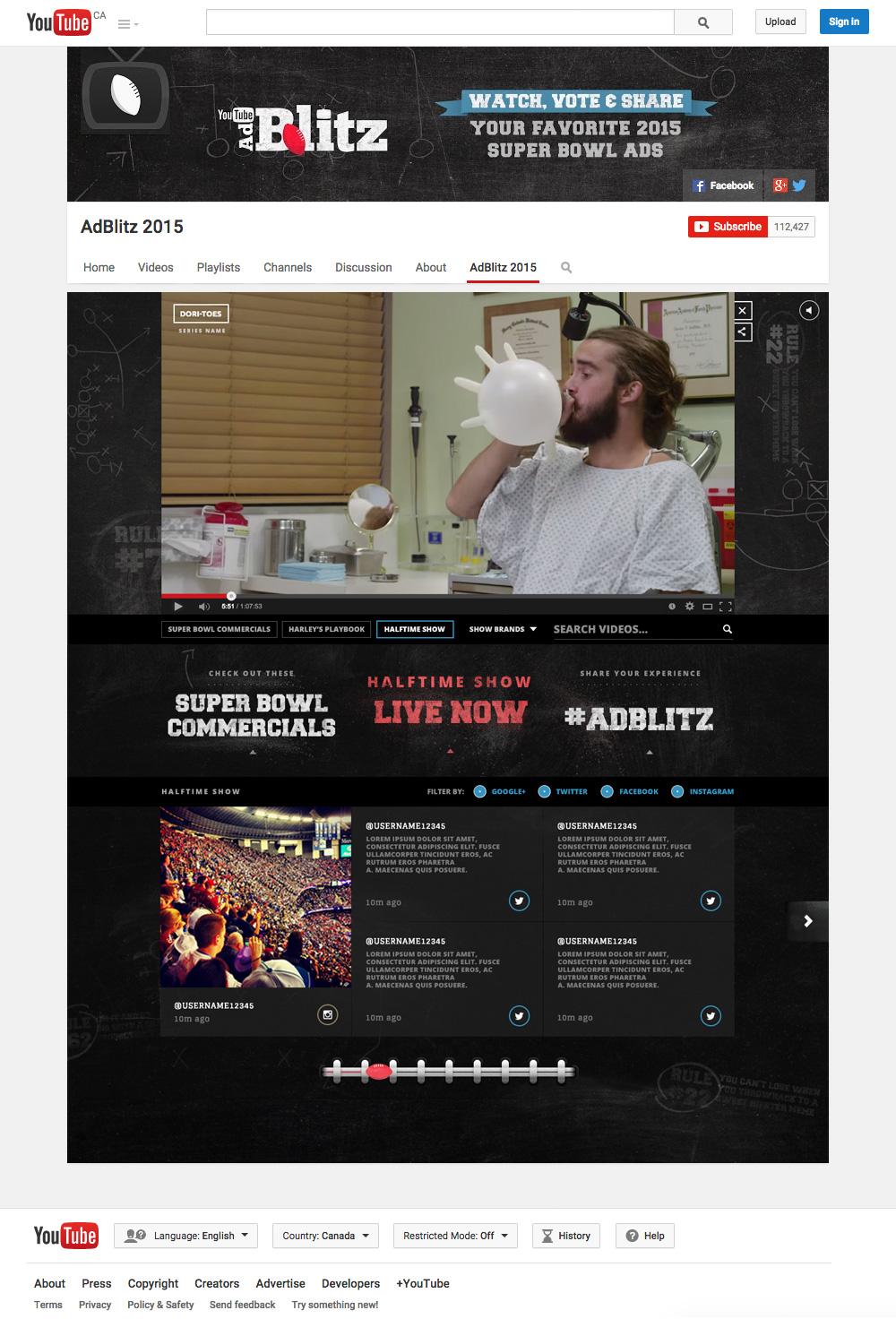 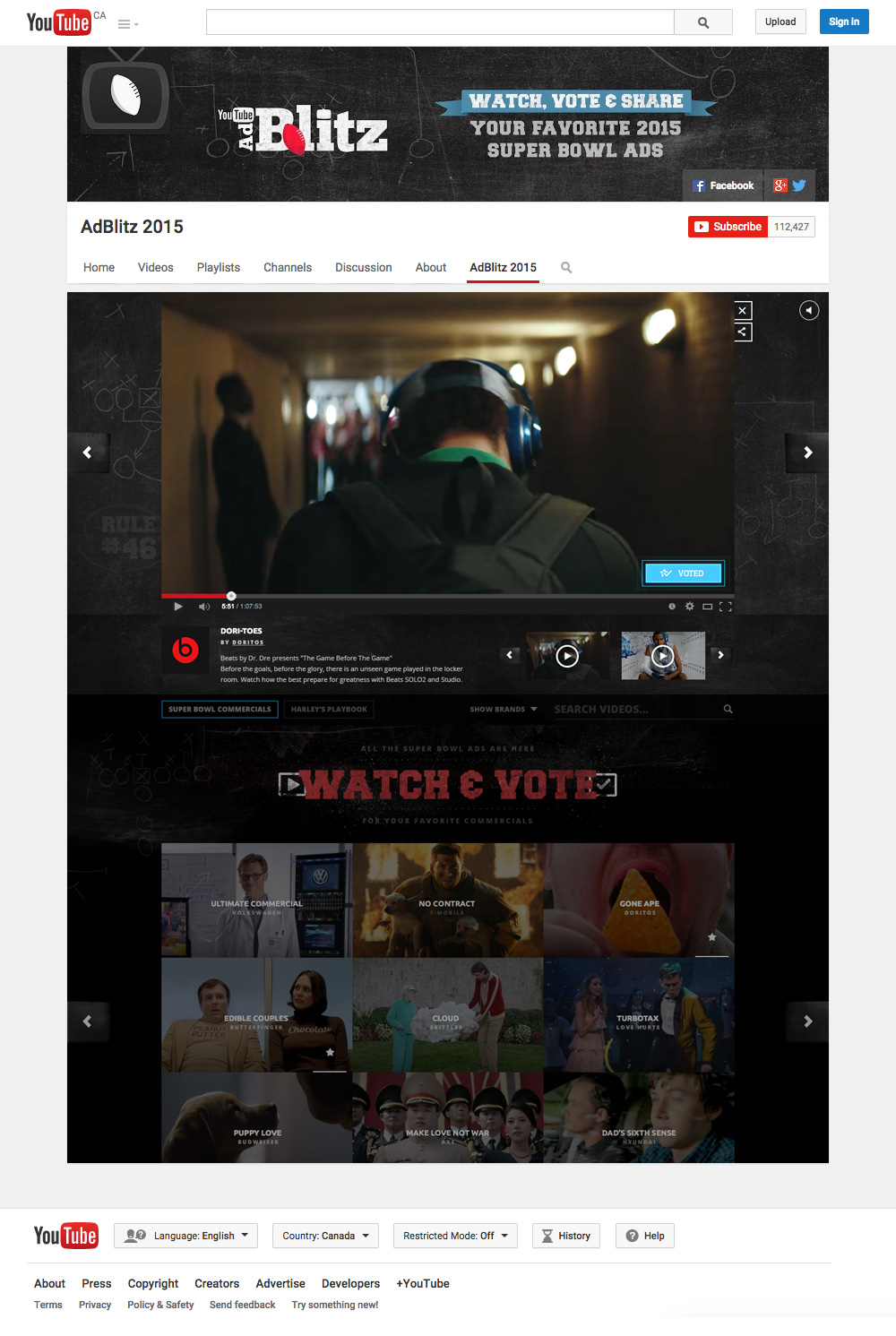